Central Banks have entirely too much control, and they absolutely manipulate currencies, and entire economies based on those currencies.  Central banks routinely place dictators, and regimes in countries they want to control.

Now, it would appear that the parabolic money supply, and high reserve balances on the books of the US and European Nations have risen so high they cannot be controlled.  Japan is the only nation with a debt to GDP ratio over 130% that has not YET defaulted on government debt.  Dozens have defaulted in the past, and the US is at 128% debt to GDP.  Raising rates high enough to truly control inflation would make debt payments unaffordable, even for the US Fed.  Monday we wrote that a former Federal Reserve employee speculated recently, that it would take over 30% Fed Funds rate to control inflation.  That would destroy all global economies and cannot happen.  Rather, it would appear they will manipulate the CPI calculation and tell us now, that YOY inflation is down to 8.5%.  This sets up the Fed to pivot later this fall.  Perhaps early in the 4th quarter, we will have to wait and see.

In the meantime European banks appear to be getting ready for bank runs.  In the UK, they will stop printing 20 Euro and 50 Euro bills soon, and limit withdrawals from Nat West, a large commercial bank in the UK: 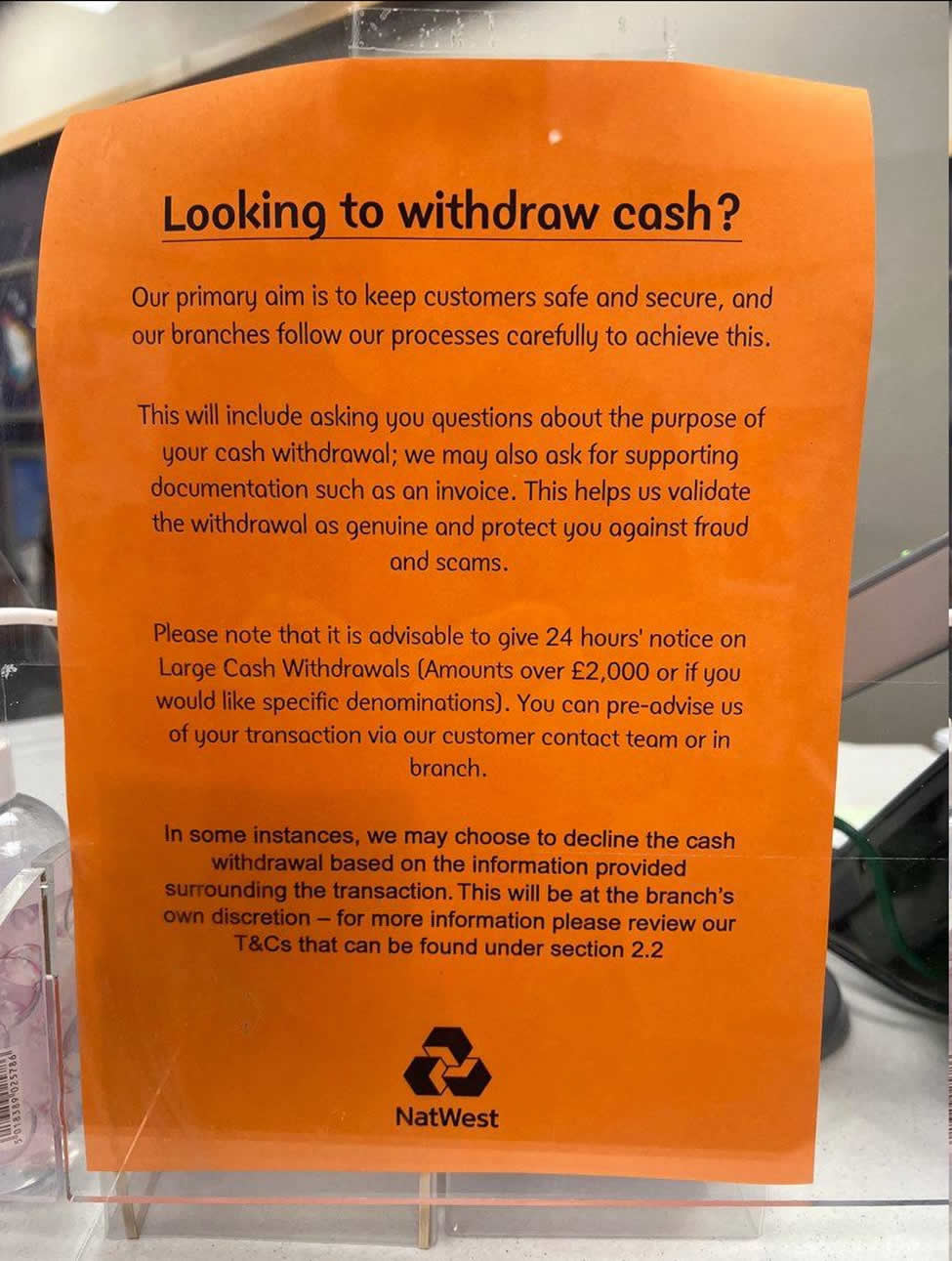 The latest US CPI print came back at 8.5%.  This compares to last year in July.  However, real food items we all need to survive have inflated this much, since last July:

That’s not 8.5% is it?  No, which hints to the fact that CPI is a manipulated statistic which is in fact, ratiod back to 1982 to 1984 inflation.  In addition, CPI does not account for these basic food items listed above.  It compares the USD to other currencies and some hand picked commodities to build the index.  Through manipulation our “CPI inflation” is kept lower than real inflation.  This allows borrowing rates to be kept lower, and raises for government employees to be, likewise, kept lower.

These statistics being manipulated helps to hide inflation, the hidden tax.  High inflation hurts productivity as this next chart shows.  Labor productivity is at all time low levels, dating back to 1950: